MAJOR PROJECT — Construction is underway on a $24 million skilled nursing facility that will be Lakeview Methodist Health Care Center’s new building in Fairmont.

FAIRMONT — Construction on a new building to house Lakeview Methodist Health Care Center in Fairmont is underway. The $24 million skilled nursing facility is being built on the back parking lot at the campus.

She said the board was looking at the building, which is more than 50 years old, and found it to be reminiscent of a hospital. They also felt it was lacking amenities or social areas. The goal is to create a more welcoming, home-like environment.

Barnes said a hospital stay is typically short term, but people who come to Lakeview stay longer, and those who come for rehab could be there a couple of months.

“This is not the setting we want for future generations in Martin County. It was acceptable at one time but now it’s different and our choices are different,” Barnes explained.

The original plan was to remodel the building, but several changes took place. Building Blocks moved into Lakeview’s facility, bringing 85 children. Mayo’s Lutz Wing nursing home closed, and many people transferred from there to Lakeview.

Barnes said the board got together to look at pricing for the remodeling and found that for just about $2 million more, they could build a whole new building.

Construction began the first week of June and the timeline for completion is 18 to 20 months. The present building encloses 65,000 square feet while the new facility will be 85,000 square feet. The project will not affect the existing independent living, assisted living or chapel.

“There will be four neighborhoods with their own dining space and service kitchen,” Barnes explained.

There will be a large multi-purpose activity room, and a physical therapy room that will have half of a car in it so people who are working to rehabilitate can work on getting in and out of the car.

Plans include the addition of a new day care center for Building Blocks.

“There will be a much larger space, so they can fulfill their license of 120 children,” Barnes said.

Plans for the current Lakeview building are still up in the air.

“We think it could have some viability. We’ve been approached by some people in the community about possibly a mental health clinic or other uses. I think it will be used, but not for skilled care,” Barnes said.

She stressed that staff at Lakeview has been helpful and supportive, not only though the project but also during the pandemic and given all of the extra protocols that have been put into pace.

“We have such wonderful partners in this project. We feel like we’re in super great hands from every respect,” Barnes said.

Those partners include Wold Architects and Engineers of Minneapolis and the construction team of Kraus-Anderson.

While Lakeview has received a federal loan for the project, it is still actively fundraising.

“We hope that as the community sees this building and the potential and the need it’s fulfilling, more people will financially partner with us,” Barnes said.

She said a banner is being made and will be displayed on the fencing at the project site. It will list all of the people and businesses that have so far donated or committed to supporting the project.

“We are so grateful for the community partners who have stepped up. Every financial gift we get helps this project,” Barnes said.

“It’s been a dream and a plan for so long. Sometimes now we look out the window and think, ‘Oh my gosh, this is real,’ It really has come to fruition.” 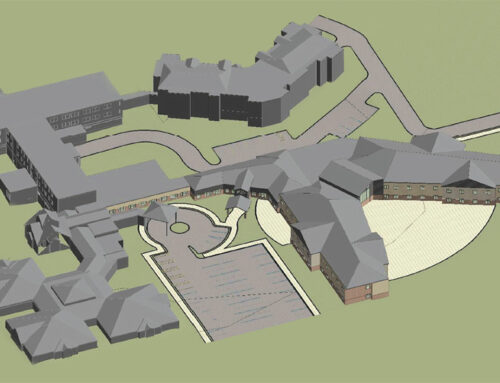 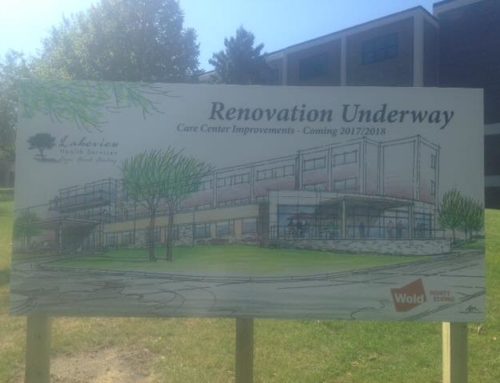 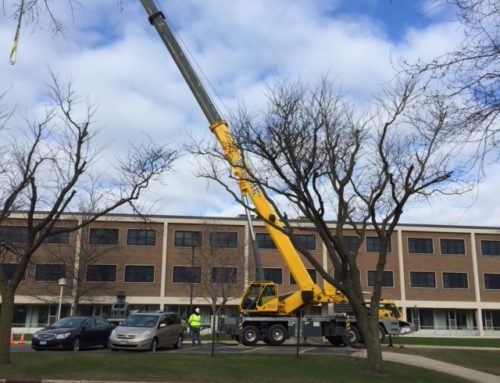 And So It Begins… 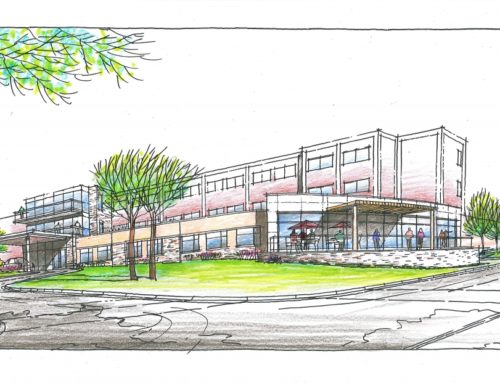